Feature film production and the founding of Minnesota Film & TV

MN Film & TV was founded in 1983 at a time when three networks dominated television and independent filmmaking was only beginning to emerge from outside the established studio system. Back then, the internet and digital media was a non-factor and no states were offering production incentives. Cable networks like Showtime, The Movie Channel and HBO were new distributors in all 50 states, and HBO produced its first original movie. Hollywood was the filmmaking and TV capital of the world. Despite the dominance of Hollywood, film and television shows were also shot on location in other states, including Minnesota. To assist those productions, and to attract additional projects, more than 20 states already had established film commissions as government agencies, including Colorado (1969), Texas (1971), Georgia (1973), Montana (1974), Illinois (1975), Hawaii (1978), and Arkansas (1979), among others.

When Robert Redford chose to shoot Ordinary People, based on the novel by Minnesota author Judith Guest, in Illinois rather than Minnesota in 1979, the primary reason he gave was the lack of a state film commission that could assist the production. Several individuals, including Minnesota entertainment attorney John Stout and author Guest, approached then Governor Al Quie about creating a state film commission. When the state declined, Stout teamed with others to form the Minnesota Motion Picture and Television Board as a nonprofit organization (501c3) to serve the state. When Rudy Perpich became Governor, he was more open to the industry than the previous governor, and in 1984 the state began appropriating funds for the organization’s operation. This appropriation required private matching funds to be raised in order to access the government funds, much like today. The organization opened an office and hired an executive director.

MN Film & TV, despite being a private nonprofit and not a state agency, served the same purpose as commissions in other states: to provide resources and information to filmmakers and promote the state as a location. The other main activity of the organization each year was the publication of the Minnesota Production Guide, which also accounted for the majority of the private income needed to match the state operating appropriation. Between 1983 and 1996 MN Film & TV was the go-to source of information on locations, crew, equipment, and services in Minnesota. One of the first credits MN Film & TV received was in the 1984 classic Purple Rain. The organization was successful in luring film production to the state, capitalizing on Minnesota’s strong crew base, stunning locations, production infrastructure, and talent. During those years, Disney produced Iron Will and the three Mighty Ducks movies; Warner Bros. shot Grumpy Old Men and its sequel. MGM, Castle Rock Entertainment, HBO, and 20th Century Fox all shot films in Minnesota, as did numerous smaller companies and independent producers. The Coen Brothers’ Fargo, Kevin Smith’s Mallrats, Sam Raimi’s A Simple Plan, and Ted Demme’s Beautiful Girls were shot in this period, along with star-studded films like Feeling Minnesota, Jingle All the Way, and Drop Dead Gorgeous. During these years, the economic playing field was level between states because no incentive programs existed. Production budgets certainly influenced decisions about locations, but state tax credits and rebates were not a factor for producers or television networks to consider.

That changed in 1995 when Canada offered the first film production incentive in the form of a federal tax credit. The credit helped to increase production volume as film and television producers rushed to Canada to expand operations by utilizing the growing incentive at both the federal and provincial levels. In response, US states began creating their own incentive programs in the form of either tax credits or rebates. Minnesota’s rebate program, established in 1997 by the state legislature and administered by MN Film & TV, was among the first of these programs and allowed production in the state to maintain a steady pace, until the program was defunded in 2002. By the time funding was restored in 2006, nearly 20 US states had established production incentive programs and these incentives were becoming a driving force in location decisions. Minnesota’s rebate program received its largest appropriation ever in 2013, and from 2014 through 2017 MN Film & TV certified 239 projects for rebates with the state’s $18 million investment. This investment resulted in at least $82.5 million in direct spending in Minnesota and attracted indie films like Dear White People, Thin Ice, Wilson, and The House of Tomorrow.

In 2017 the Minnesota Legislature reduced funding for the rebate program to $500,000 per fiscal year, which severely limited the state’s ability to attract feature films, and that is the level at which funding remains. But in 2021 the state enacted a transferable tax credit program, designed to attract larger budget projects to the state.

In February 2022 the state certified its first tax credit application for Downtown Owl. 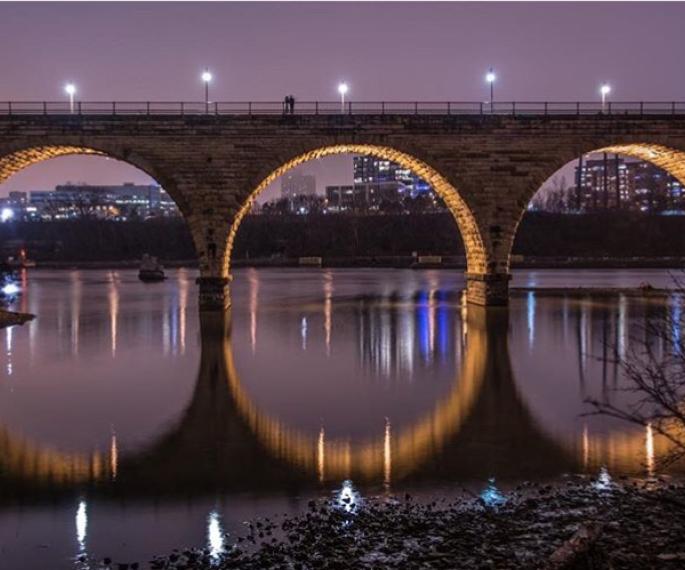